in Crypto News
Reading Time: 4 mins read
A A

At press time, CRV is trading at $4.85, up by 17.5 percent. With $2.1 billion in market cap, it’s still way below its DeFi rivals like Uniswap which is worth $13.6 billion. Curve ranks 72nd on the charts but is significantly above SushiSwap and Compound. 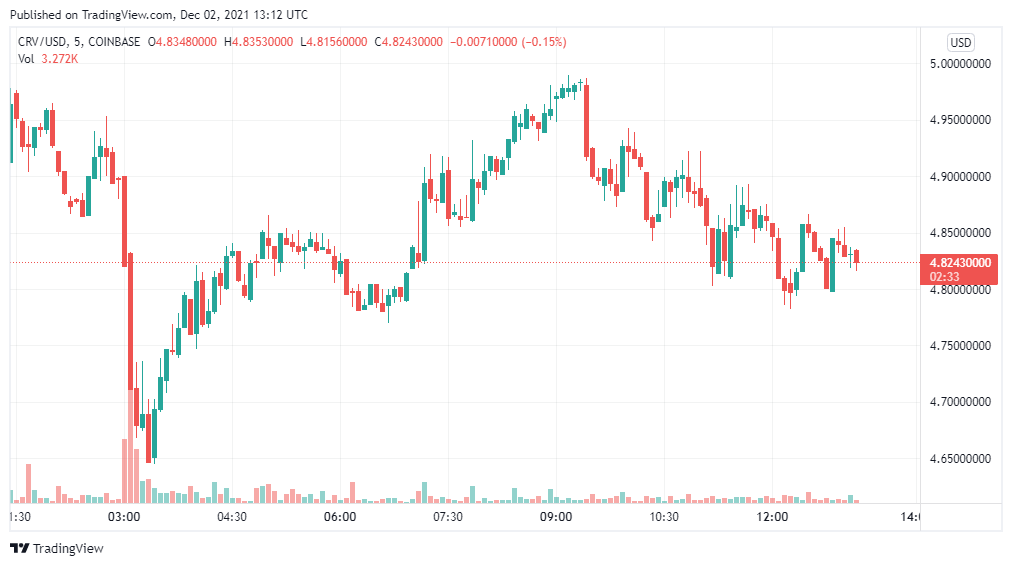 According to DeFiLlama, its total value locked is now at $21.8 billion, the majority of which is locked on Ethereum at $19.1 billion. The staked CRV is now at $1.76 billion, making it higher than the TVL locked on any other platform aside from Ethereum.

Curve Finance has the second-highest TVL in the entire industry after Maker, DeFi Pulse data shows.

DeFi platforms like Uniswap, Compound and Balancer all have native tokens, as does Curve with its CRV token. However, Curve has a unique mechanism in place that has led to the community working together to put CRV on the path to being net deflationary.

For the other platforms, users are awarded native tokens such as UNI for Uniswap and COMP for Compound for providing liquidity in the marketplace. These tokens are governance tokens, in that their holders have the right to participate in decision making and potentially determine the direction in which the platform takes in the future.

On Curve, once market participants are awarded the CRV tokens, they have the option of selling them immediately, holding onto them for speculation, or staking them. They can stake them for a period of between one week and four years, with the length one chooses to lock up his CRV tokens determining the level of voting rights he has. Once they stake their CRV, they receive vote escrowed-CRV (ve-CRV) which they then use as governance tokens.

Presently, about 750,000 CRV tokens are awarded to liquidity providers on the DeFi platform. The holders, if they chose to stake their CRV and get ve-CRV tokens, get the chance to decide on which liquidity pools these CRV tokens go to.

This is where a sort of bribery dynamic has emerged on Curve, and the CRV token has been the beneficiary. With ve-CRV holders having the right to determine which liquidity pools (LPs) get their CRV tokens, it has created competition between the LPs which are now incentivizing the ve-CRV holders to allocate the liquidity to their pools.

This ‘bribery’ mechanism has become so widespread that there’s even a platform that gives ve-CRV holders a guide on which pools are giving out the best rewards at any one time.

As a result of these bribes, more liquidity providers are choosing to stake their CRV tokens and hold the ve-CRV governance token instead. This is causing the CRV supply to reduce increasingly, despite the 750,000 daily output. 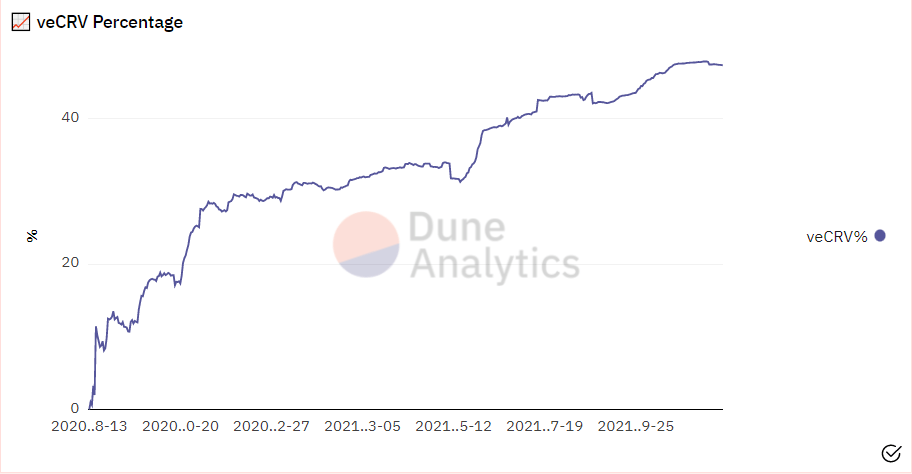 This mechanism is not unique in the least. However, what Curve has done better than the other DeFi platforms is offer some of the best rewards in the market. As a result, CRV holders are much more likely to stake their tokens than sell them, unlike other platforms.

Compound, for instance, has one of the highest selloff rates in the market. A recent report revealed that most of the major liquidity providers who earn COMP sell it off almost immediately. The report found that of the top 100 accounts earning COMP, less than 20 percent retained more than 1 percent of their COMP tokens and just 7 percent kept more than 50 percent.

The research also found that most major COMP earners don’t care about the governance of the platform. “Indeed, only 1 address from the top 100 ever voted on a Governor Bravo proposal,” Ethereum researcher Alex Kroeger found.

Do the users who mine the most COMP work to shape the future of the protocol? The answer is a clear “no.”

Alex further found that most of the COMP major holders engage in perpetual ‘playing with the system’ to earn never-ending rewards.

Once they earn their first batch of COMP tokens for providing liquidity on LPs, they deposit this batch and then use it as collateral to borrow more COMP. They then deposit this new batch and borrow another one, and so on. This is because, on Compound, you earn rewards for both lending and borrowing. As such, the Compound protocol gives the impression that it’s full of economic activity while in fact, it’s a few major players ‘playing the system.’

Not waiting around for the SEC, Fidelity will launch a spot Bitcoin ETF in Canada

Not waiting around for the SEC, Fidelity will launch a spot Bitcoin ETF in Canada

US SEC Investigates Investment Advisors About Crypto Regulations By CoinEdition