in Scams
Reading Time: 14 mins read
A A

The former girlfriend who disgraced Sam Bankman-Fried blamed for the failed FTX crypto exchange wrote about being polyamorous and wanting to be part of an ‘imperial Chinese harem’.

Caroline Ellison, the chief executive of FTX sister company Alameda Research, wrote on her Tumblr account in February 2020 that she made a ‘foray into poly,’ referring to the practice of having multiple partners.

She said that in a polyamorous relationship everyone should have a ‘ranking of their partners’ and ‘vicious power struggles for higher ranks.’

In another March post, she wrote: ‘I didn’t get into this as a crypto true believer. It’s mostly scams and memes when you get down to it.’

Ellison is said to have dated FTX founder Sam Bankman-Fried while they and eight others involved in their companies lived in a house in the Bahamas.

According to a report on Coindesk, all 10 of them were ‘paired up’ with each other in romantic relationships, although it’s not clear if they were monogamous or not.

Caroline Ellison served as CEO of the FTX owner’s crypto trading house Alameda. DailyMail.com has uncovered her Tumblr account where she wrote that she made a ‘foray into poly’, referring to having multiple partners 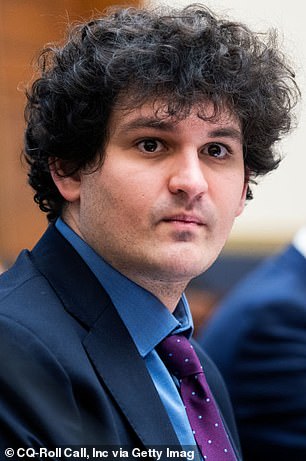 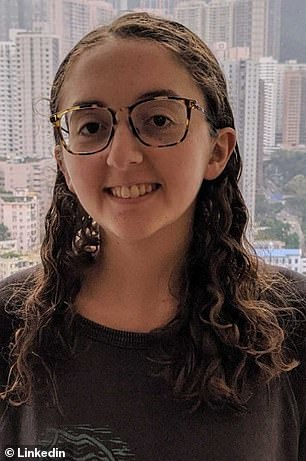 In her now-deleted Tumblr, Ellison wrote in 2020 under the handle Worldoptimization, ‘When I first started my foray into poly, I thought of it as a radical break from my trad past, but tbh I’ve come to decide the only acceptable style of poly is best characterized as something like ‘imperial Chinese harem’ 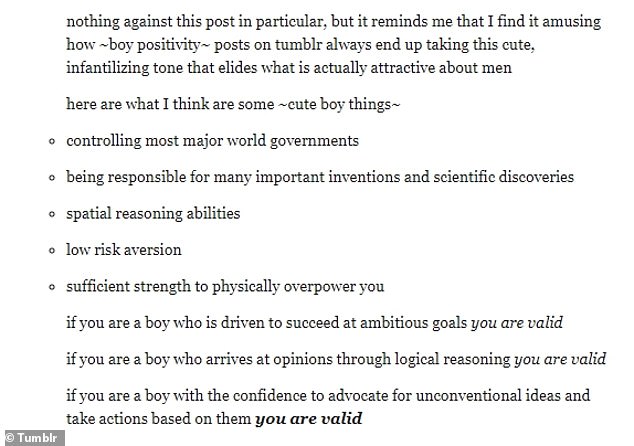 In another post Ellison wrote what she thought were ‘some cute boy things’. She wrote: ‘Controlling most major world governments, being responsible for many important inventions and scientific discoveries, spatial reasoning abilities, low risk aversion, sufficient strength to physically overpower you’

In a March post, she wrote: ‘I didn’t get into this as a crypto true believer. It’s mostly scams and memes when you get down to it’

In her now-deleted Tumblr, Ellison wrote under the handle Worldoptimization.

She said: ‘When I first started my foray into poly, I thought of it as a radical break from my trad past, but tbh I’ve come to decide the only acceptable style of poly is best characterized as something like ‘imperial Chinese harem’. 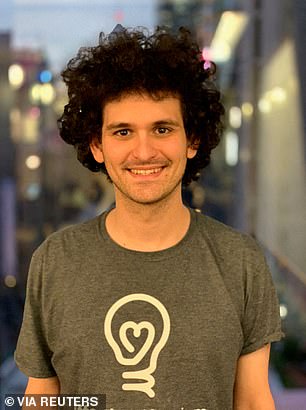 Over the summer, Bankman-Fried opened up about unethical moves within the crypto world and how ‘unethical’ decisions cause ‘massively more damage than good’

‘None of this non-hierarchical bulls***; everyone should have a ranking of their partners, people should know where they fall on the ranking, and there should be vicious power struggles for the higher ranks’.

Another anonymous user asked her in a post: ‘Why is monogamy so important to you, even when you’re surrounded by people who aren’t monogamous?’

Ellison wrote that she couldn’t think of a good response.

In another post Ellison wrote what she thought were ‘some cute boy things’.

‘If you are a boy who is driven to succeed at ambitious goals you are valid.

‘If you are a boy who arrives at opinions through logical reasoning you are valid.

‘If you are a boy with the confidence to advocate for unconventional ideas and take actions based on them you are valid’.

On the blog Ellison appeared to jokingly complain about how growing up in the 21st century was not a good time for sex. 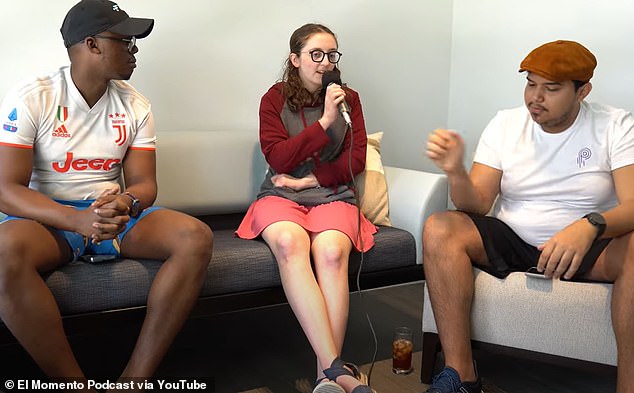 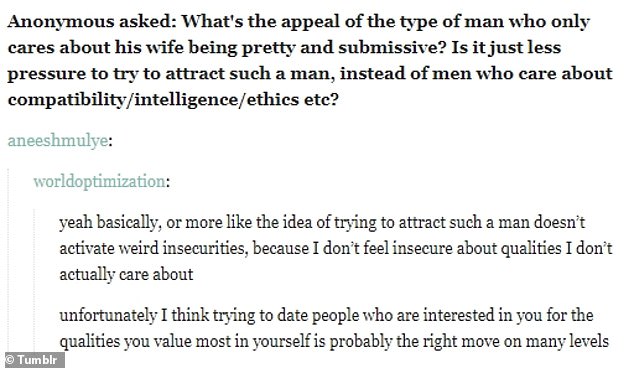 One user asked, ‘What’s the appeal of the type of man who only cares about his wife being pretty and submissive?’ To which Ellison under the account Worldoptimization responded, ‘I don’t feel insecure about qualities I don’t actually care about’

On the Tumblr account, Ellison wrote that she had ‘noticed a lot of changes in my desires.’ She said she was ‘less aesthetically attracted to femininity and more to masculinity.’ Ellison is pictured in 2012

In other posts Ellison complained about how men were ‘only supposed to care about physical attractiveness, having a sweet and submissive personality, and maybe a couple other things like chastity and cooking skill.’

She wrote: ‘But it turns out all the men who are interested in dating me only care about ‘intelligence’ and ‘knowing stuff about trading’ and ‘having good opinions on social justice’ and things like that…I guess there’s probably a selection effect they were missing, isn’t there.

On the Tumblr account, Ellison wrote that she had ‘noticed a lot of changes in my desires.’

She said she was ‘less aesthetically attracted to femininity and more to masculinity.’

She wrote: ‘I’m less hedonistic and more masochistic. I get a lot of pleasure from doing things that are hard, unpleasant, physically taxing, or emotionally painful.’

Ellison also addressed the 2008 financial crisis and appeared to be sympathetic to the plight of banks that were blamed for bringing down the world’s economic system.

She wrote: ‘I can’t think of anyone involved who makes me go ”yes what that person did should be illegal and result in going to prison for a long period of time.”

‘I think people’s first instinct is to react to these things with ”a bunch of bad stuff happened, we should make all of it illegal so it can’t happen again” when like, the problem is really a complicated mess of slightly misaligned incentives and human error rather than evil people doing clearly bad things.’

In remarks which have a new irony given the collapse of FTX, Ellison wrote: ‘And when it comes to financial regulation, I don’t even think you can assume the charitable version, because the way a lot of financial regulation actually works is ”bank does something bad, we decide after the fact that it’s bad and should probably be illegal, we fine them for something or another.”

‘Which does get around the problem that writing good financial regulation is really hard. But I’m still not a fan.’ 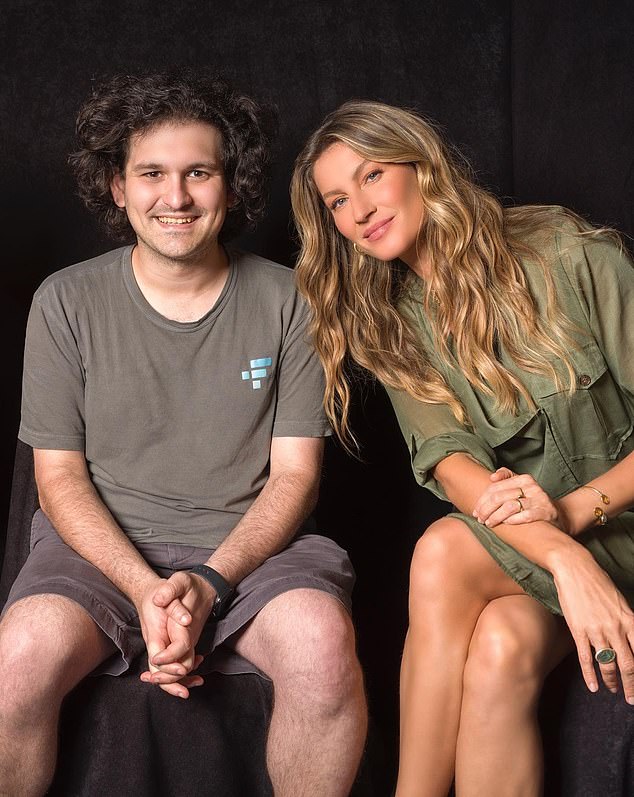 Bankman-Fried smiling next to Gisele Bundchen who was an ambassador for his company, FTX. The supermodel is named in a new class action lawsuit worth $11 billion

Bankman-Fried sensationally confessed his commitment to ethics was ‘a front’ and he ‘feels bad’ for those who were ‘f***** by it.’

Serious questions are now being asked of SEC chair Gary Gensler who is facing scrutiny over his relationship with the disgraced crypto wunderkind  – and the lack of oversight of the crypto market that Gensler has himself described as the Wild West.

Before his downfall, Bankman-Fried sucked up to regulators and politicians in an effort to convince them cryptocurrency was a worthy asset that should be embraced.

But in a new Vox interview, he said ‘f*** regulators’ and accused them of making ‘everything worse’.

Authorities in America and the Bahamas, where FTX was based and Bankman-Fried is currently holed up, are discussing the possibility of extraditing him to the United States for questioning.

The scandal has triggered a crisis of confidence in cryptocurrency as a whole and caused the value of assets including Bitcoin to plunge.

Last week it was reported that Alameda was allegedly transferred $10 billion of FTX customer money in secret by Bankman-Fried.

Around $2 billion of the $10 billion transferred to Alameda is reportedly still missing.

And now a string of A-list celebrities who publicly backed FTX have been sued in a class action lawsuit worth $11 billion.

Stars including Tom Brady, Gisele Bundchen, Shaquille O’Neal, Steph Curry and Larry David are among those named in the suit filed in Florida.

The rapid rise and swift downfall of crypto exchange FTX

Here is a history of FTX since its foundation in 2019:

October – FTX raised capital at a valuation of $25 billion from investors including Singapore’s Temasek and Tiger Global.

Jan. 27 – FTX’s U.S. arm said it was valued at $8 billion after raising $400 million in its first funding round from investors including SoftBank and Temasek.

Jan. 31 – FTX raised $400 million from investors including SoftBank at a valuation of $32 billion.

July 1 – FTX signed a deal with an option to buy embattled crypto lender BlockFi for up to $240 million.

July 29 – FTX said it won full approval to operate its exchange and clearing house in Dubai.

Aug. 19 – A U.S. bank regulator ordered crypto exchange FTX to halt ‘false and misleading’ claims it had made about whether funds at the company are insured by the government.

Nov. 6 – Binance CEO Changpeng Zhao said his firm would liquidate its holdings of FTT due to unspecified ‘recent revelations’.

Nov. 8 – FTT collapses by 72% as clients swamp the exchange with withdrawal requests. Binance offers a potential bailout in a non-binding deal.

Nov. 9 – Binance backs out of the rescue plan, saying: ‘As a result of corporate due diligence, as well as the latest news reports regarding mishandled customer funds and alleged US agency investigations, we have decided that we will not pursue the potential acquisition of FTX.com.’

Nov. 13  Police in the Bahamas announce a team from its Financial Crimes Investigation Branch are investigating whether any criminal misconduct occurred.

Nov. 15 – Bankman-Fried continues to plead with investors for money to cover the firm’s losses and tweets that he’s ‘meeting in-person with regulators and working with the teams to do what we can for customers’

NFTs Are Dead? Even in Bear Market, a Bored Ape Sells for Nearly $1 Million