in Scams
Reading Time: 5 mins read
A A

PAY ATTENTION: Сheck out news that is picked exactly for YOU ➡️ find the “Recommended for you” block on the home page and enjoy!

Man has narrated how cryptocurrency hackers convinced his mother to part with her login details to her Coinbase account.

The man who took to the social media platform Reddit under sub-Reddit u/throwawayBTC stated that he has been into crypto for the past 20 years and ostensibly convinced his parents to latch onto the crypto boom to make some cool cash.

According to him, his parents are not computer literate but love crypto trading and were oblivious that scammers were on the prowl.

“My parents are ageing and use me as their IT go-to, but it has always been tumultuous because their retention of knowledge on this subject is zero. For instance, I’ve shown them each how to upload photos from their phone at least three dozen times. The processes never change, they just are incapable of learning new things, unfortunately. I told my mother I would not be responsible for teaching her anything about bitcoin and she would have to learn on her own, then come back to me with real questions and we could talk about it. I’m not a good teacher, I’m not patient enough, I know this,” he said.

He said his mother called him at odd times last week and asked if he was busy. Realizing that something was amiss, he said he was not too busy. 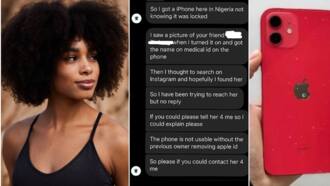 “My coinbase account was hacked and I lost it all,” was all he could hear from his mother.

After the hackers made away with the cryptos, they locked her account so she could not complain to Coinbase.

How it all happened

The man narrated how he received a message that her Coinbase account had been locked but did not specify the method to send the message.

On the fake Coinbase lock screen, she was asked to call a phone number which she immediately did.

During the call with the scammers, she was told they were Coinbase officials and would help her unlock her account. They also asked her to download anydesk onto her computer.

She went on to provide the scammers with her date of birth, email, and account amount.

Afterward, they got into her account, transferred the money, and hung up the phone.

The 30-year-old man said they redirected his mother to another browser after she tried to login into her Coinbase account. 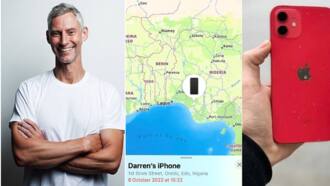 The man said he felt responsible for what because he did not protect his mother as she was not computer literate enough to know the difference.

He said his parents have gone into depression because of the traumatic experience.

The real estate businessman said he wants Coinbase to help track the accounts that dealt his parents the deadly blow.

“That’s the beauty and danger of bitcoin. Someone just spent 5 minutes conning my mother and is now potentially a millionaire. Not bad for a day’s work,” he stated.

Cryptocurrency scammers stole N5.8 trillion worth of Crypto in 2021

Recall that Legit.ng reported that the increase in Decentralised Finance (DeFi) in the crypto industry saw scammers haul in a record N5.810 trillion worth of crypto in 2021 alone.

A CNBC report says Data from Chainalysis, a platform that connects cryptocurrency transactions to real activities, says that most of the scamming happened by hacking blockchain platforms.

Chainalysis said losses were spiked by 79 per cent which is driven by theft and scams.

NFTs, The Blockchain, And The Future Of Fraud – Fin Tech

Are NFTs dead? 3 crypto tokens to short as volume slumps

Are NFTs dead? 3 crypto tokens to short as volume slumps

Massive airdrop of Binance with Aptos on the road