In what might come as a major relief to XRP investors, former Ripple CTO Jed McCaleb has stopped dumping his XRP tokens. Mr. McCaleb was on a selling spree over the last three weeks. The former Ripple CTO was selling an average of 4 million XRP tokens every day.

Dumping these massive quantities of XRP was certainly putting up huge pressure on the XRP price. Last Friday, July 15, Jed McCaleb told CTC News reporter that he is having his last 5 million XRP tokens which he will continue to hold. McCaleb sees this as security for his family. Speaking to the news publication, McCaleb said:

If you think about it, it would be really stupid if I sell it all. I mean, what if it really does go to $589 a token? I could be RICH! I dunno, maybe it’s this inflation, maybe the cost of gas, you know. But I just have this feeling that holding the rest of this XRP is gonna give me and my family more security.

The former Ripple CTO parted ways from the company back in 2014 receiving billions of XRP tokens as part of his equity. Later, McCaleb went to work on the Stellar blockchain. Over the last eight years, McCaleb has been liquidating his XRPs at different intervals. The former Ripple CTO sold nearly 5.7 billion XRPs so far raising more than $3.1 billion.

Ripple has been engaged in a legal battle with the U.S. Securities and Exchange Commission (SEC) over the last eighteen months. The SEC has accused Ripple of selling XRPs as unregistered securities during its 2013 ICO.

However, Ripple has claimed no wrongdoing in its process while defending its position of XRP not being a security. The company has been fighting over getting access to Hinman’s speech which would help it prove that XRP isn’t a security. On the other hand, the SEC has been hesitant to provide the documents. District Judge Magistrate Judge Sarah Netburn recently ruled in favor of Ripple while calling out SEC’s hypocrisy.

Over the last week, Ripple’s XRP has delivered strong performance amid string reversal in the altcoins space. The XRP price gained 15 percent in the weekly chart and is currently trading at $0.36 with a market cap of $17.6 billion. On-chain data provider Santiment noted:

XRP Network saw a major anomaly to end the week, with a rapid surge up to 18.7B in $XRP trading volume in the final hour of Friday (UTC time). This may be worth monitoring for some unordinary upcoming weekend price action. 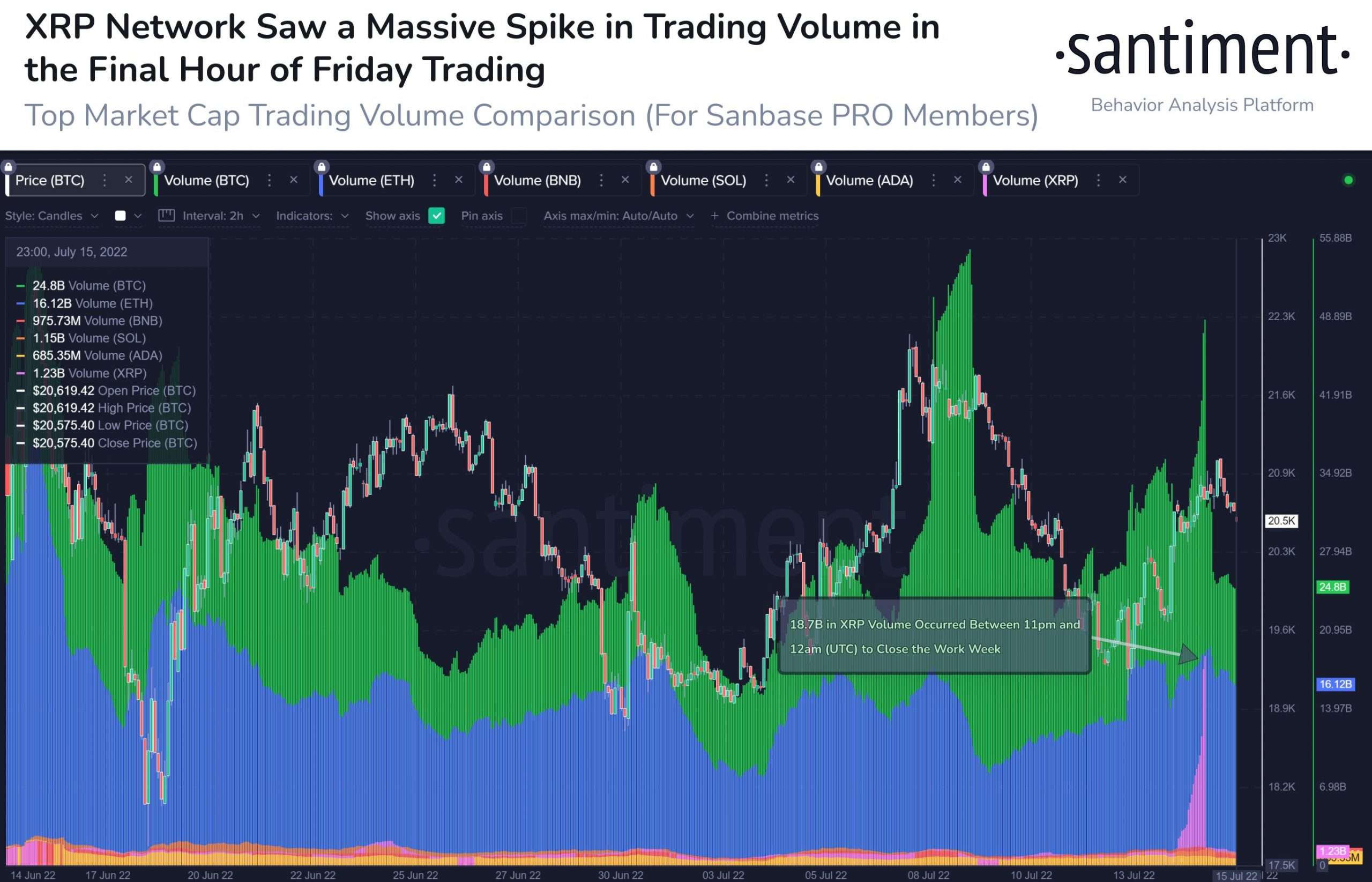 These are the 3 Most Popular Upcoming ICOs in 2022

Fake or Real? Read This Before Investing.

Fake or Real? Read This Before Investing.

Ethereum could be a huge long-term investment, says Scaramucci

California Resident Sentenced to 3 Years of Probation and Ordered to Pay Restitution After Pleading Guilty for Role in SIM Swap Scam Targeting at Least 40 People, Including New Orleans Resident | USAO-EDLA