in NFT News
Reading Time: 4 mins read
A A

“Fable” creator Peter Molyneux has found his new calling in blockchain tech and NFTs, as he plans his next game called “Legacy.”

Molyneux’s next game will be made by his studio, 22cans, in collaboration with Gala Games, reports IGN. Here is the official announcement made by Gala on their Twitter account:

As announced yesterday at #IntoTheGalaverse, the first LEGACY Land Presale is now live!

The game is built using blockchain technology and involves the trading of NFT properties. It has actually already started with its Land Presale event, where interested players need to buy a so-called “Land NFT” to get started.

After buying the token and becoming a Land Owner in-game, the player can now build their digital business empire. It also has something for those who want to have their own in-game business partner-though players have to not mind sharing their profits with said partner.

The profits that players will earn in the game will be an actual new cryptocurrency called LegacyCoin. This currency is on the Ethereum blockchain, and is being promised to have a lot of “exciting and innovative utilities.” There’s no other confirmation beyond that.

According to a blog post on the 22cans website, “Legacy” allows players to become their own business tycoon. They will have to use everything they can find in the world to establish their venture from scratch, and personally design and tend to their facilities.

The business sim from the “Fable” creator also promises a lot of freedom for players. “Legacy” is billed as a world where everything is player-designed and maintained. As such, you might see environments that might look straight out of a Lewis Carroll story, or a place of minimalism full of subdued colors and subtle design elements.

For now, details on the game are scarce aside from what is already known via the announcements.

Peter Molyneux: From ‘Fable’ To ‘Curiosity’

Molyneux was the brain behind one of the most important (but sadly fizzled out) Xbox franchises in “Fable.” The game was also one of the many IPs from Molyneux’s previous studio, Lionhead Studios, which included the “god simulator” game “Black & White” and “The Movies,” according to GiantBomb. 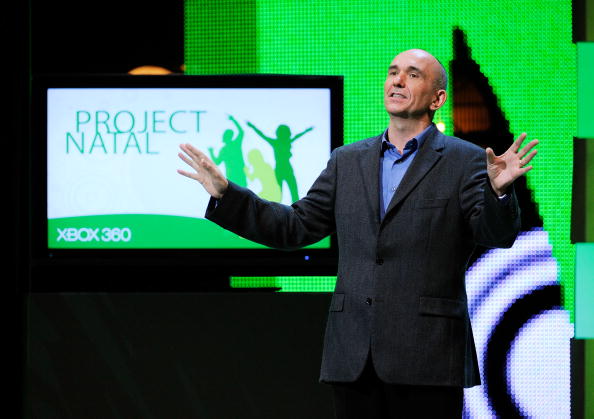 “Fable” was one of the most heralded games on the original Xbox when it was released in 2004. It also set the stage for the kinds of games that Molyneux will make down the line-some of which had an “experimental” flair to them.

Eventually, Molyneux left Lionhead in 2012 to found 22cans. This studio was responsible for an extremely out-of-the-box “game” called “Curiosity,” which IGN said had players clicking on a giant cube for months just to see what was inside.

All-In On Blockchain And NFTs

“Legacy” will not be the first game of its kind, considering many other ones are already leveraging NFT and blockchain technology.

Ubisoft was the first big-name developer/publisher to introduce NFTs into their game “Ghost Recon Breakpoint” this month. But it didn’t really pan out well for them, as the announcement trailer earned an overwhelming 96% dislike ratio.

Only time will tell if Molyneux’s new game will have a different fate.

This article is owned by Tech Times