E-HKD’s Development in Hong Kong- The Future Way of Currency?

in Blockchain
Reading Time: 10 mins read
A A

A study shows that 90% of surveyed central banks worldwide are exploring the future issuance of central bank digital currencies (CBDCs). Blockchain.News interviewed industry experts to find out the outlook of Hong Kong’s digital currency and its potential adoption.

The outlook of e-HKD

In a recent discussion paper published by The Hong Kong Monetary Authority (HKMA), the local regulator reached out to the public to consult on the development of retail central bank digital currency (rCBDC) or the digital Hong Kong Dollar (e-HKD). The discussion paper lists a wide range of issues with a dozen key questions covering a wide range of issues:

The role of e-HKD

The rCBDCs can be divided into two-tier distribution models: the wholesale interbank system and the retail user wallet system, according to the e-HKD technical whitepaper.

The wholesale CDBC is used for transfers between the central bank and commercial banks or other institutions, while the retail CDBC is used for transfers between commercial banks and the general public for retail transactions, Professor Chew Seen-Meng, Associate Professor of Practice in Finance and Associate Dean (External Engagement) of the Chinese University of Hong Kong (CUHK) explained.

Regarding retail CBDCs, a doubt that could arise among the public could be why the market still needs another digital payment tool among other diverse options in HK?

Chew, the former economist for the Singapore office of the International Monetary Fund (IMF) and Morgan Stanley, acknowledged that “it is true that there is no urgent need for a digital HKD.”

However, “having an e-HKD could make our lives even more convenient by eliminating the need to carry physical notes and coins around and enables virtually all payments to be made by just tapping the mobile phone” in the long term, Chew said.

Moreover, “the transmission mechanism of monetary policies from the HKMA can become more efficient through the e-HKD,” Chew added.

Furthermore, the scholar believes digital currency could provide a faster and more convenient way to transfer value by supporting more economic activities potentially if the digital currency is accepted as a medium of exchange by the public in the long term.

Currently, a plethora of payment platforms has already captured the market.

In e-commerce alone, digital wallets are expected to account for 40 % of the city’s online transaction value by 2025, overtaking credit cards, according to the 2022 Global Payments Report by the US financial technology company FIS.

In an exclusive interview with Blockchain.News, Etelka Bogardi- Partner of Asia lead of Global Payments and Fintech Practice, Norton Rose Fulbright Hong Kong, told the media outlet that “one of the primary design considerations should be interoperability with existing systems.” 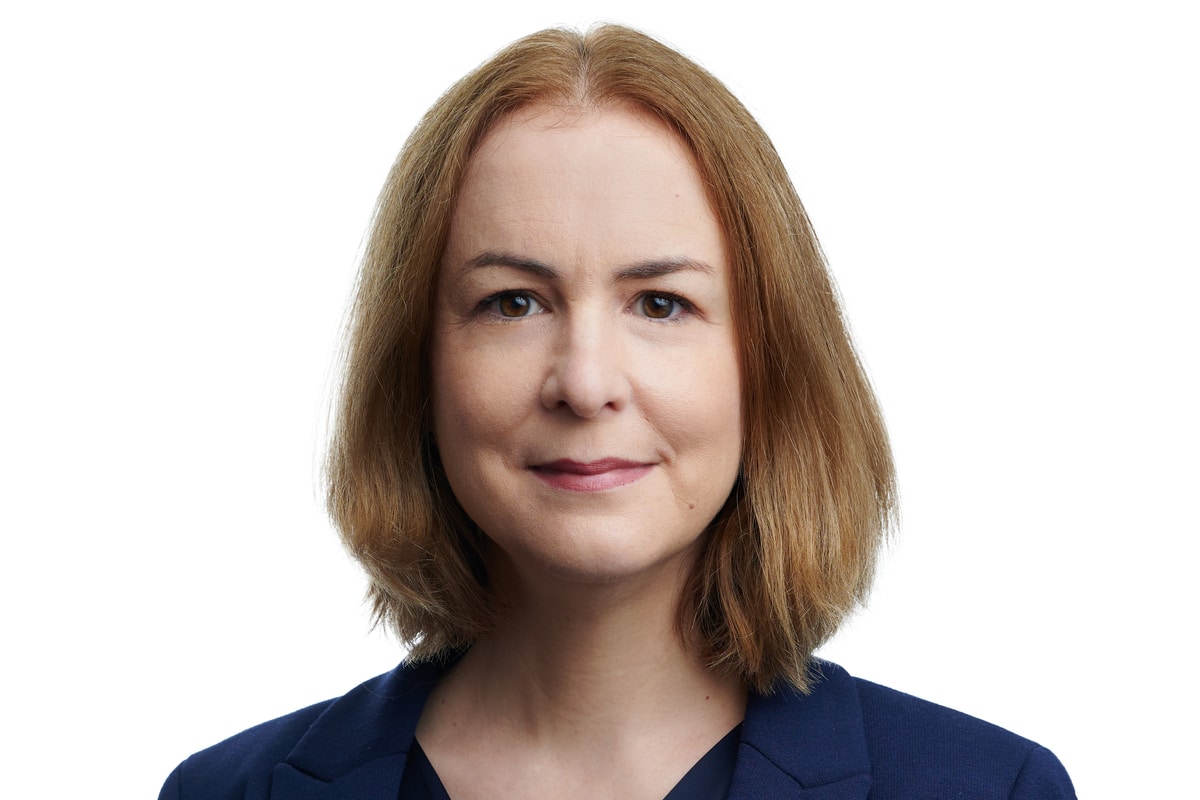 Bogardi, a Hong Kong-based financial services regulatory lawyer and the former Senior Counsel to the Hong Kong Monetary Authority, suggests the regulator should beware of the impacts of the e-HKD on banks and any potential disintermediation effects, given that Hong Kong’s status as an international financial centre and the large presence of the financial sector.

Meanwhile, Chew also shared a similar view and added that “the administration needs to fully ensure and secure before e-HKD is launched.”

“Unless e-HKD can address some pain points of the current e-Payment services or is much more convenient than the existing e-Payment options, it would be hard for e-HKD to be embraced by the public among the plethora of retail payment options in Hong Kong,” Etelka added.

Through the paper, the HKMA reiterates that “the purpose of developing e-HKD is not to replace existing payment methods” but to “avoid creating a closed-loop payment system, which impedes payments made between e-HKD users and users of other payment systems.”

The rCBDC is expected to provide connectivity among other payment service providers, for instance, cross-platform payments to be conducted efficiently.

The balance between privacy protection and data access is another crucial consideration among systematic issues. The discussion paper mentioned that the key design feature of e-HKD to consider is whether it is issued token-based or account-based.

According to the paper, the token-based would allow more anonymity in payments between various parties, protecting against abuse of individual data by commercial entities. Still, it could be risky to facilitate illicit activities.

On the other hand, the account-based approach would “require the recording of balances and transactions of rCBDC holders. This approach would rely on the ability to verify the identity of the account holder and could help comply with AML/CFT requirements.”

Both approaches require a ledger to complete transactions with distributed ledger technology (DLT) and tokenization, which could be structured to trace users depending on the degree of anonymity and access of information to parties.

However, Prof. Chew said that the traceability of digital currency from the regulator indicates that small retailers such as taxi drivers might be reluctant or not interested in changing their behaviours or habits of transactions due to taxation concerns.

“Since the e-HKD’s value will be controlled by the HKMA, it is already a kind of stablecoin. To the extent that the HKMA is able to maintain the stability of e-HKD’s value through algorithms or its forex reserves, the risk of the e-HKD plummeting in value should be quite small.”

The regulator said the “full anonymity is not plausible,” e-HKD should comply with existing laws and ordinances. Its legal mandate and legal tender status would logically align with the currency system.

“Overall, whilst there would need to be some work done to accommodate an e-HKD in the existing legislative framework of currency issuance and related issues, these are not insurmountable obstacles. Some of the more technical legal issues raised relate to the application of effective AML controls and data privacy laws. In that sense, the discussion around having a two-tier issuance and distribution structure is very beneficial,” Etelka explained.

Over the past two years, the global market was trapped by uncertainties amid the COVID-19 pandemic.

Amid the turmoil, the increasing demand for raising cross-border payments efficiency and the emergence of cryptocurrencies, such as stablecoins and other tokens, also gave rise to regulatory challenges, pushing global governments to update their currency policy in response.

According to the latest report published by the Bank of International Settlement (BIS), 90% of surveyed central banks worldwide are exploring the issuance of central bank digital currencies. The financial institution added that around two-thirds of central banks surveyed would take issuing retail CBDC into account in the near future.

The Bahamas became the first sovereign nation to issue CBDC since 2020, called the “Sand Dollar”, as the pioneer in adopting a new form of currency, driven by its geographical and the cost of delivering currency on its land.

“In countries with a weak currency or underdeveloped financial system, and a large unbanked population, the CBDC is more useful and can be more easily adopted by its citizens,” Chew explained.

Yet, the SAND Dollar’s potential benefits did not live up to its expectation.

A report from the IMF indicates that the island nation’s adoption of the SAND Dollar is merely less than 0.1% of the currency in circulation.

The issue of financial inclusion continuously troubles this Caribbean nation. World Bank defines financial inclusion as the access of individuals and businesses to valuable and affordable financial products and services for their financial that need to be delivered responsibly and sustainably. The Bahamas is also desperately to improve its cybersecurity for its digital currency.

“Issues of financial inclusion are perhaps not as relevant as other jurisdictions who have chosen to press ahead with CBDCs (e.g. Bahamian Sand dollar).   As a result, it is correct that the focus of the HKMA’s exploration of the e-HKD is as a conduit to fuel digital innovation in Hong Kong, and to help position it for potential challenges from new forms of payment means such as stablecoins.”

Regionally, China has been conducting a wide range of digital Yuan (e-CNY) pilot tests since 2020, developed by the People’s Bank of China (PBoC).

The administration rolled out a massive pilot test during its Beijing Winter Olympic Games, and currently, the e-CNY app is one of the most downloaded apps in the country. The app has recorded over 83 million downloads through iOS and Android systems so far.

“In China, electronic payments have been dominated by Alipay and WeChat Pay for several years now. The central government is keen to introduce the e-CNY to maintain control of the monetary system before private firms like Alibaba and Tencent become too influential in the country’s payment system. Since it is a large country, it has to do many pilot tests in numerous cities so that citizens can familiarize themselves with the e-CNY before it is officially launched, and this of course will take some time, “Chew said.

On the other hand, experts suggest geopolitical factors, such as war might also accelerate the progress of CBDC issuance.

While the objective of introducing the CBDC among other countries or regions could be different, the HKMA has disclosed that “it is inclined towards the Coins-approach under which e-HKD would be solely issued by one single authority” in the long term.

By adding that, looking for tasking agent banks to handle all customer-facing activities relating to the distribution of e-HKD.

“If the technology is ready, the HKMA can consider doing some pilot tests in several stages to let Hong Kongers try out the e-HKD on their mobile phones so that they can familiarize themselves with it and learn about its usefulness,” said Prof. Chew.

The HKMA has reiterated that it has not yet decided on introducing the e-HKD.

Britain is £3bn fraud capital of the world: Probe reveals 40m have been targeted by scammers in 2022

Can The ECB Regulate Crypto? President Calls for Legislation

Video Games Double Down On NFTs Despite Historic Crashes

NFTs Accessible to All with Launch of Fiat-Focused SIMBA Market