Businessman Moshe Hogeg is suspected of a number of sex crimes including trafficking and underage prostitution offenses, it was revealed on Friday after a court gag order on the charges he faces was lifted.

The crypto entrepreneur is also under investigation for multiple alleged financial crimes.

Police believe that some of the alleged crimes were carried out at a luxury apartment owned by Hogeg in Tel Aviv’s exclusive Park Tzameret neighborhood. Other individuals were said to have visited the apartment to have sexual encounters, reports said.

Hogeg is believed to have filmed many of the sexual encounters, some without the knowledge of the women or teens involved.

In addition to the video evidence, a number of women are said to have come forward to police to detail their experiences with the businessman.

The revelations came after attorneys for Hogeg, Amit Hadad and Moshe Mazor, withdraw their request to appeal the court’s decision that the suspicions against their client can now be publicized.

View of high-rises in the luxury Tel Aviv neighborhood of Park Tzameret, on January 7, 2015. (Nati Shohat/Flash90)

The lawyers said Friday that “it will become clear that these suspicions have no basis.”

Hogeg was arrested last month. According to court documents, he is suspected of 21 offenses, including money laundering, theft, and fraud, as well as the sex crimes.

Hogeg has been remanded in custody since his arrest, and on Friday his detention was extended for another week.

Last week, footage he provided to investigators reportedly implicated him in the sexual assault of a minor.

According to a Channel 13 news report, Hogeg presented to police videos of his sexual encounters with a model, as part of an effort to dispute the allegations of sexual assault against him.

However, the videos also featured an underage girl who was filmed without her knowledge during a sexual act, exposing him to additional charges, the television report said. 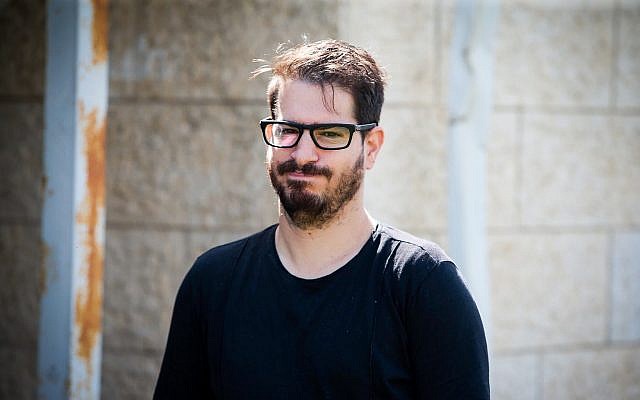 The developments came a day after Channel 13 aired detailed testimony by a former employee of a model agency about the alleged sexual assault carried out by Hogeg against a model, as well as detailing the financial relationships he had with others.

Hogeg has denied the accusation of assault and said the sex was consensual.

In a separate report last week, the Haaretz daily said police had signed a state witness agreement with an individual connected to the investigation into Hogeg on suspicion of involvement in alleged massive fraud related to cryptocurrencies and sex crimes.

Hogeg is a tech entrepreneur and cryptocurrency trader.

In 2018, he bought the Beitar Jerusalem soccer team. In September, he said he would sell the club, citing anti-Arab racist tendencies among its “ungrateful” fans.

In May, Hogeg was one of a group of businesspeople sued by former employees of an Israeli venture capital fund who claim that three of Israel’s largest initial blockchain coin offerings of 2017 and 2018 were outright scams.

Hogeg has denied the allegations and said the lawsuit is an attempt by disgruntled employees to extort him.


You’re serious. We appreciate that!


We’re really pleased that you’ve read X Times of Israel articles in the past month.

That’s why we come to work every day – to provide discerning readers like you with must-read coverage of Israel and the Jewish world.

So now we have a request. Unlike other news outlets, we haven’t put up a paywall. But as the journalism we do is costly, we invite readers for whom The Times of Israel has become important to help support our work by joining The Times of Israel Community.

For as little as $6 a month you can help support our quality journalism while enjoying The Times of Israel AD-FREE, as well as accessing exclusive content available only to Times of Israel Community members.

Already a member? Sign in to stop seeing this

Bitcoin Will Not Be an Effective Money, Says Ray Dalio