Metaverse, the virtual reality world that’s getting more hype than blockchain or cryptocurrencies, is here to stay, at least according to Bill Gates. The Microsoft founder believes that in two-three years, all your office meetings will be held on the metaverse. Elsewhere, Mark Zuckerberg has taken a giant step towards dominating this new virtual world by making Horizon Worlds available to all adult North Americans after an invitation-only phase.

Gates has always had a clear vision of what the future will look like, having played a key role in making personal computers the essential item they are today. The 66-year-old, who stepped down from the Microsoft board last year, believes that the metaverse will be pivotal to this future.

In his end-year blog post, the man who’s as famous for his achievements as for his philanthropy noted:

Within the next two or three years, I predict most virtual meetings will move from 2D camera image grids…to the metaverse, a 3D space with digital avatars.

2D camera image grids are the normal meetings offered by Zoom and Skype (which Microsoft owns). 3D meetings would involve you interacting with other people through your digital avatar, all through VR headsets and earphones. This would give you the feeling of being in a room with your workmates while you’re in the comfort of your home.

The idea is that you will eventually use your avatar to meet with people in a virtual space that replicates the feeling of being in an actual room with them.

Bill Gates’ company Microsoft is one of the leaders in the metaverse world. As he revealed on his blog, the company is working on digital avatars to give the metaverse experience to users of its Teams workplace platform. Epic Games and Roblox have also made great strides in the field.

And now, the firm has launched Horizon Worlds app to the public, opening up the metaverse to all adults in North America. Previously, the platform was only available purely by invite to Oculus VR users.

On Horizon, users of Facebook’s Oculus VR headsets are able to create a legless avatar and then use it to explore the virtual world. They can then interact with other avatars and play games in an interactive life-like way.

This is Facebook’s biggest move yet towards its metaverse vision. While it has owned Oculus for over five years now (after acquiring it in 2014 for $2 billion), it has failed to make it a mainstream icon. This is despite the spike in popularity of virtual reality, now rebranded as the metaverse.

The blockchain and cryptocurrency world is also betting on the metaverse. This year, tokens of metaverse projects like Sandbox and Deccentraland have been among the biggest gainers. Sandbox started the year at $0.036 and is now trading at $5.20, a 14,000+ percent spike. 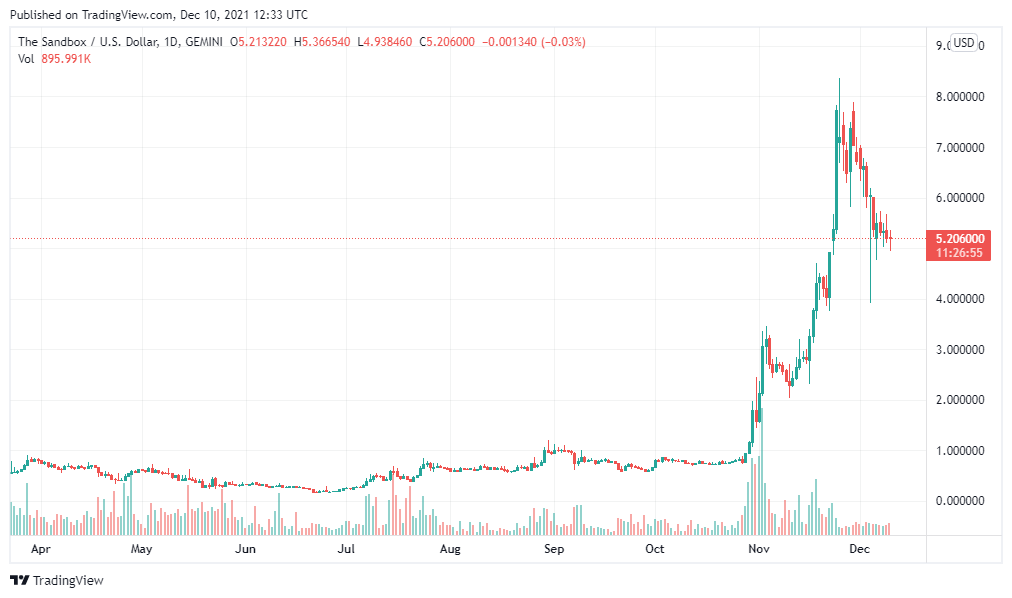 Experts From Exscudo: “Scam Is Not the Only Reason for Slow Crypto Adoption”

The Best NFT Projects To Look Out For In 2023